We are considered a national and international reference center, and often we are consulted by other centers for patients that cannot be transplanted in those centers due to technical or immunological challenges

Dedicated to Surgical Innovation and Excellence 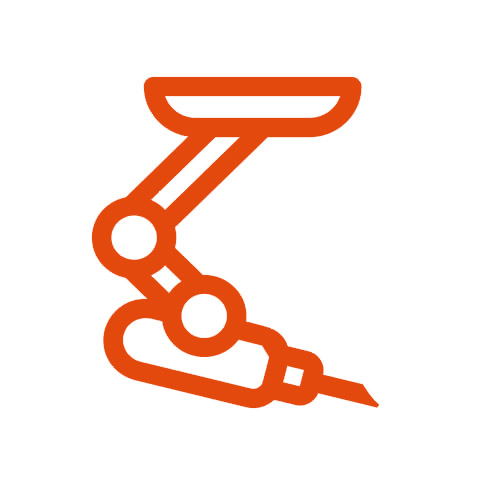 In August 2015, we introduced robotic surgery (Da Vinci system) in the kidney transplantation. Especially, but not exclusively obese recipients benefit from this technique. In several cases we have been able to introduce the kidney graft trough the vagina leaving the female recipient practically without any scars.

"Our goal is to reach a percentage of 40% of living donor kidney transplants assisted by robot. We have taken a leap forward and we want to carry on this path", says Chief of Urology and Transplant Surgeon Dr. Antonio Alcaraz. Dr. Alcaraz also indicates that "Robotic surgery is our preferred technique for living donor kidney transplantation. We reserve open surgery for cases where surgical difficulties are expected that might make the robotic approach impossible". The incorporation of robotics in kidney transplantation is a breakthrough, according to Dr. Alcaraz, because "we were not able to use conventional laparoscopy, because the instruments did not allow us to maneuver properly. With the Da Vinci we can get more movement than with a human wrist, and we can move it with high accuracy, because every movement is reproduced on a scale of 1 to 10. This means we can get a minimum displacement with a natural movement".

Being one of the largest kidney transplant centers in Spain this exclusive dedication to transplantation is more than justified and reflected by the excellent results.

Moreover, we can count on the expertise of Catalonia´s histocompatibility laboratory that handles more than 1000 solid organ transplants per year and that is located on our premises.

Our institution offers all medical and surgical specialties also including a transplant infectious diseases department.

· 1965, The Hospital Clinic performed the first kidney transplantation in Spain

· Since then continuous activity in cadaveric and living donor kidney transplants; more than 4500 performed

· Since 2001 only laparsocopyc donor nephrectomy

· Moreover, the Kidney Transplant Unit plays a crucial role in the education of resident physicians

Living Kidney Transplantation is based in a multidisciplinary approach focus on recipient and donor care.

The safety and protection is a key element in our program and is grounded on an appropriate regulatory framework, following ethical principles to minimize the medical and psychosocial impact of donation and to avoid organ trafficking and human trade and evidence-based clinical pathways. Living donation is performed according to best practices and published evidence, following international recommendations such as the Amsterdam Forum on the Care of the Live Kidney Donor and the Kidney Disease: Improving Global Outcomes (KDIGO) Clinical Practice Guideline on the Evaluation and Care of Living Kidney Donors.

An interview between an independent donor advocate and the LD is required in order to: understand how the process of decision making has been performed; evaluate family and social environment and social support and measures adopted to counteract any adverse situation.

Our professionals explain the kidney transplant